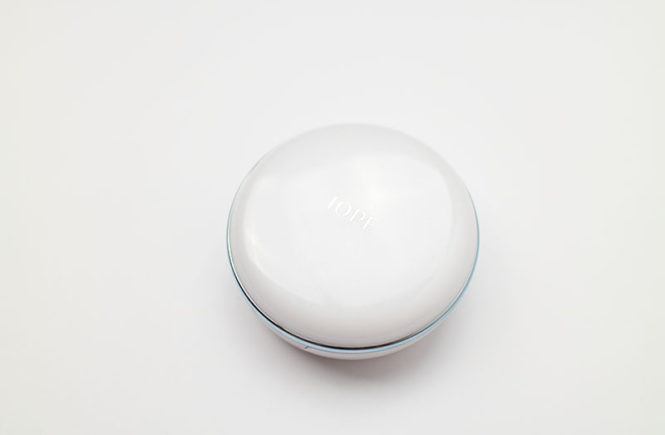 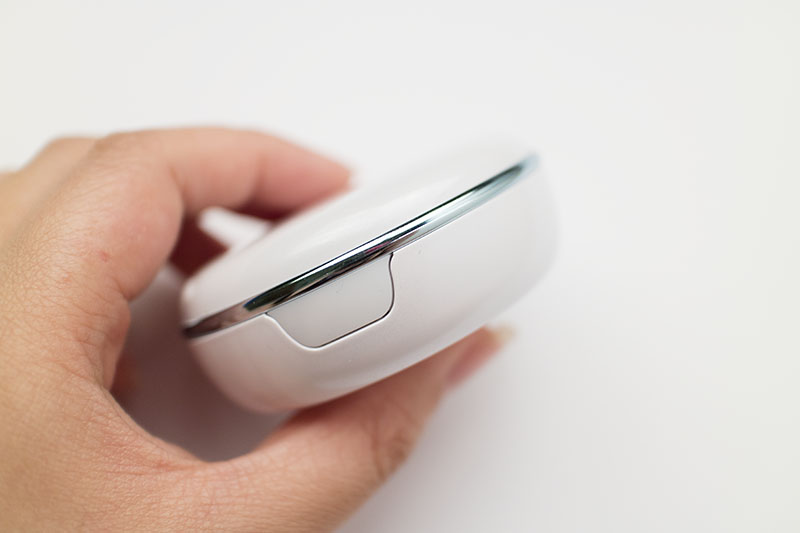 I opened this cushion up while I was in Korea so I couldn’t find the box to take photos with (I have a feeling it is coming to me in the mail); instead, I’ll go straight to talking about the actual cushion packaging – which is what is important anyway. Compared to the previous packaging, this one is a little bit thinner and smaller. It isn’t substantial though. It has rounded edges and a pearly white case that looks very modern and elegant.

The edges are also colour coded in accordance to the formula. Blue, which is the one that I have, is for their most dewy/hydrating version – moisture lasting. The other formulas are Intense Cover, Natural Glow and Matte Longwear. I’ve always been a fan of dewy formulas because I have fairly dry skin and minimal blemishes to cover (at moisture formulas tend to have less coverage). 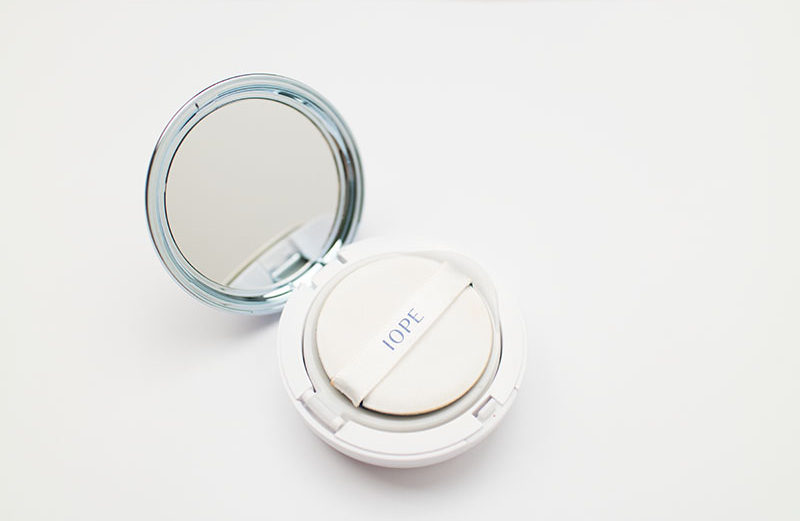 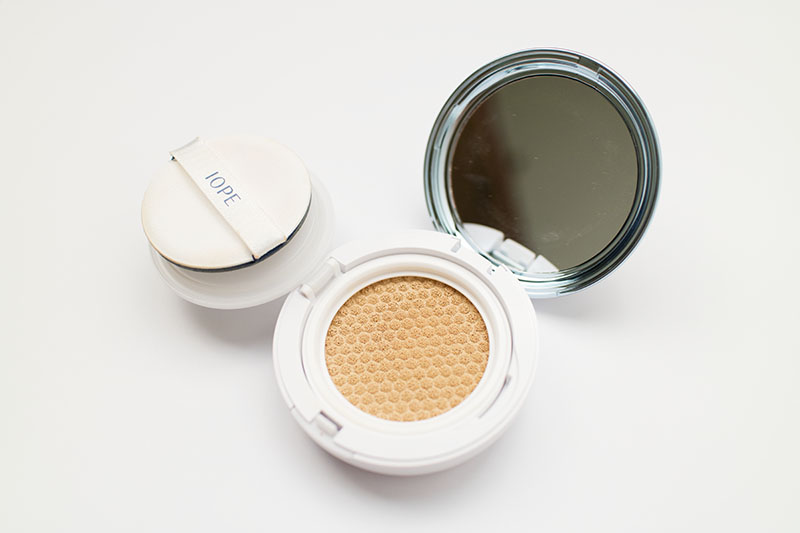 As you can see in the above photo, the actual cushion is smaller than before but it isn’t too dramatic. The mirror is also a bit smaller, most likely because of the rounded shape of the compact. Overall, it is still as sturdy as always so I don’t mind it too much. I would prefer to keep the bigger air puff and cushion though, because I feel like you can apply it faster that way.

The main difference in this version (which is very obvious) is the new honeycomb cushion. This is meant to disperse the product more evenly and thoroughly, meaning that you don’t have to keep flipping the cushion around – which gets really messy. I definitely think that it makes the application easier and more even. I used to have to flip the sponge every few days and it would also get messy with my longer nails, so I’m happy to not have to do that anymore. 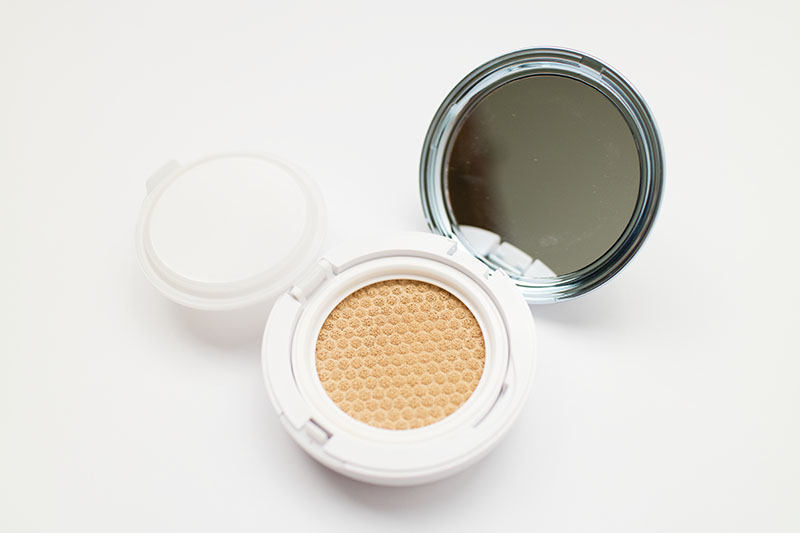 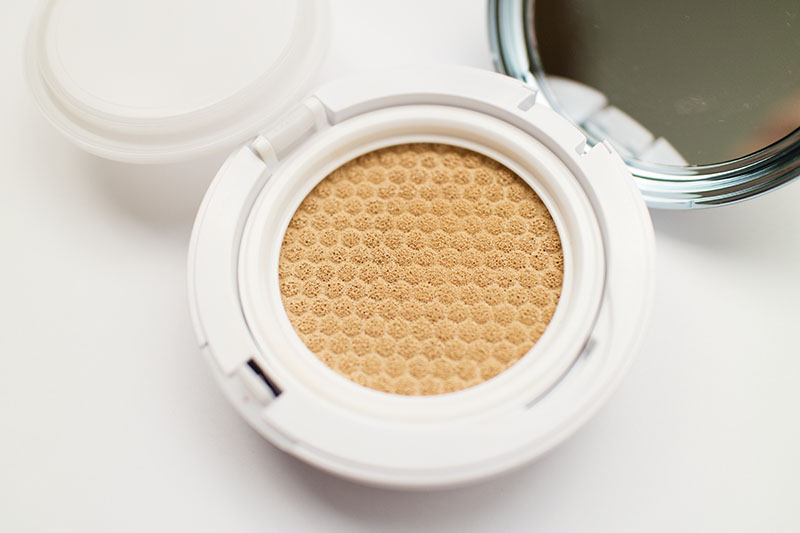 A problem that I do have with this cushion (and that I had with the previous one too) is that I feel like there isn’t enough product in there. I’m not sure if it’s because I love the cushion too much and use it too often, but I find that it feels empty or dry much more quickly than others. Instead, I usually have to press really hard which sometimes makes the cream stick to the edges of the puff.

As for the colour of this cushion, it still comes in the shades 13, 21 and 23 so the actual colour spectrum isn’t much wider than usual. However, they have also come out with cool, neutral and warm tones so it is much easier to find a perfect match to your skin tone. For me, I decided to go with a N21 – I feel like my natural skin tone is quite yellow so I try to balance it out with a cooler make up base. However, a cool tone would be too starkly different, so a more natural/neutral tone is best for me. 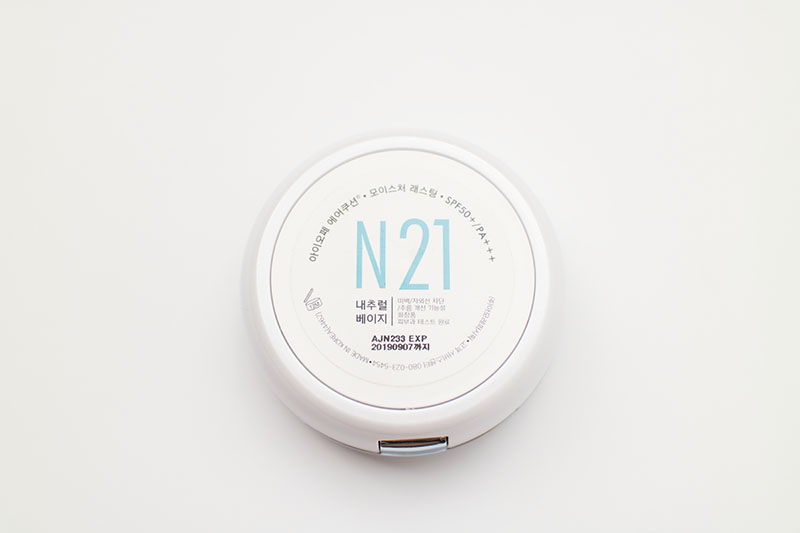 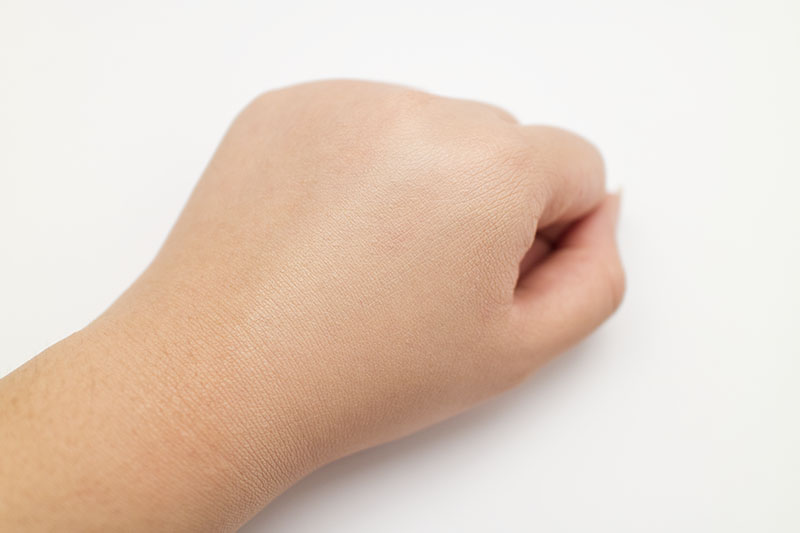 Above is how it looks on my hand! The colour brightens my complexion slightly but is overall a perfect match. It adheres really well to the skin and actually managed to last through the day, only fading later in the afternoon. The formula also fades very naturally with little to no caking even on the more oily areas of my face. Surprisingly, it doesn’t slip and slide at all, so it’s a really comfortable wear. I’m no longer afraid to scratch or touch my face, even if I haven’t set it with a finishing powder.

My only thing is that I don’t think I would consider this cushion a high intensity dewy cushion (which is why it doesn’t slip as much). It’s very hydrating and leaves your skin feeling moist, but I would consider it semi-dewy with a medium, buildable coverage.

For those who are looking for an extremely moist finish, I don’t think that this will blow you away. However, it is suitable for a more natural but hydrated finish.

Honestly, even though IOPE is one of the more expensive cushions on the market (though not the most expensive), I do think that they are worth every won. It’s a perfectly wearable daily base, and I will continue to use and repurchase it. In fact, I bought two when I was in Korea (and including refills and limited editions cases, I have four). With this new version, they remain at the top of my HG list.

I bought mine from G-Market with the full price at ₩42,000 but you can definitely wait for sales. Depending on where you live, the shipping fees can be quite intense. For Australia, they only allow EMS – one of the more expensive options, if not most. If you don’t need it to arrive quickly, I also recommend checking out other online stores.

You can check out one of my regular sponsors, StyleKorean, who have many other (and more affordable) shipping choices. 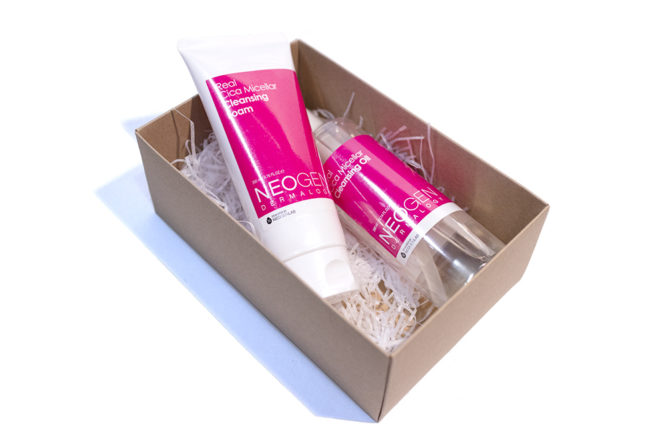 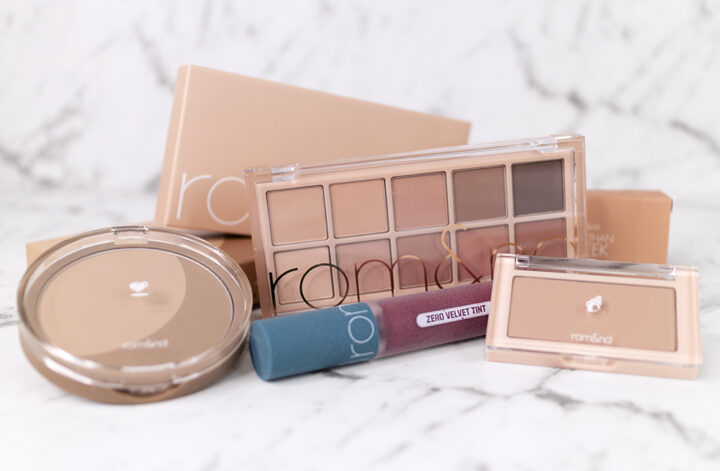