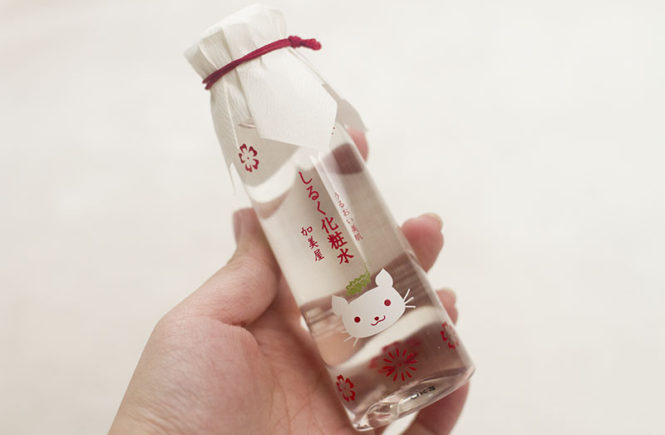 It’s been a comparatively slow sort of week from me, and I found that I’m falling a little behind on my reviews! I have so many products I’ve recently been testing that I’ve wanted to discuss, but spending a lot of time at work and balancing some other projects mean that I’ve needed to take some nights to myself. No worries though because I’m back.

Today, I’ll be showing you one of the products that was sent to me by JapanSkin to review. I found them through Instagram and was really interested in the products they carried because – surprise, surprise – I’ve never actually used Japanese skincare products before. However, I’ve been told that they’re really great.

They’re very responsive and very professional at JapanSkin, which I really enjoyed. I also love that, by looking at their Instagram feed, I can tell that they are not just businessmen but actually use and understand the products that they are selling. I would definitely recommend them to friends (and you readers!) 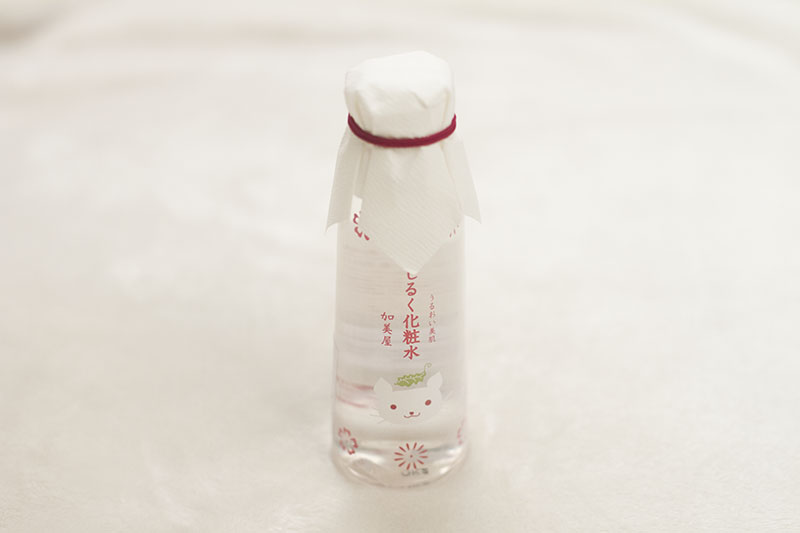 The product that I will be reviewing is Japanese brand Kamiya’s Silk Lotion. This super cute product is carried exclusively by JapanSkin outside of Japan, as they are a small boutique brand. From some very quick research, I found out that they are particularly known for their experience with papers and fabrics which is, I suppose the reason behind their packaging design and the use of silk in their products. This formula uses silk and white mulberry bark extract ingredients with a hydrating and softening effect.

The first thing that caught my attention, naturally, is the bottle! I’m not even ashamed to say that that is purely the reason why I wanted to try this. It reminds me of a Japanese sake bottle and is to well considered, you can tell that Kamiya put a lot of love and pride into their brand. 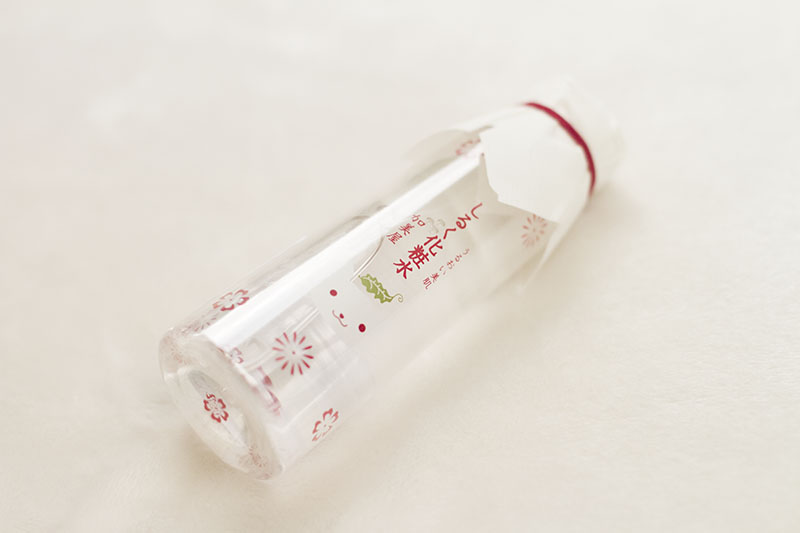 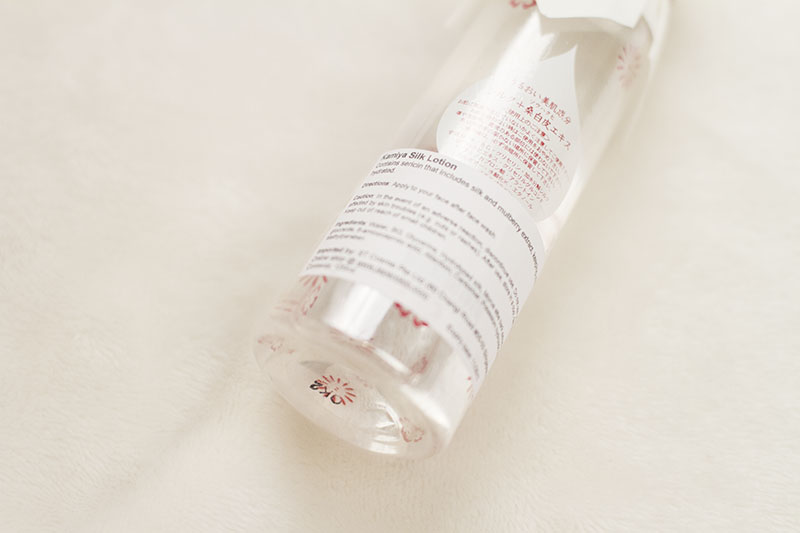 One of the things I was really surprised to find was that JapanSkin had translated and stuck on English instructions for all of their products (I had received three in total), which I think is a very thoughtful gesture. As an foreign buyer, it’s often difficult to read ingredients or instructions from Japanese (or Korean) products and I usually have to google and check out other reviews before knowing how I am actually supposed to apply the product.

For this one, it is to be applied after cleansing and toner. To be honest, since the formula is clear and looks pretty much like water (with a cool consistency), I had actually thought it was toner at first, only mislabeled as a lotion. That was going to be a big problem to me but, after use, I realised that it really is a lotion.

Do some lotions usually look like toner water? I haven’t come across it before.

As you can see above, after the paper cover is removed the bottle has a pretty standard white cap. The plastic is quite sturdy and I haven’t had any trouble with it leaking. A pump would have been better. However, I haven’t had any problems with dispersing the product because of the light consistency.

Over a few days of use, I found that it did work quite well as a light moisturiser though didn’t give me remarkable, out of the ordinary results. It is really great used underneath make up though!

As I have quite dry skin during the winter seasons, I always use a moisturiser as a primer underneath my make up. However, some formulas have a tendency of leaving me feeling greasy or looking too shiny. When I used the silk lotion underneath, I felt that it kept my skin hydrated but, since it absorbed very quickly without leaving any residue, also minimised any greasiness, shine or clogging of pores.

Although I don’t think I will continue to use it in place of my normal lotion and emulsion, I think that I would consider repurchasing it use underneath my make up. This would be especially good during the warmer seasons as it has a refreshing, cool effect and won’t clog my pores like creams.

If you’d like to get your hands on this, pop right on over to JapanSkin as they are exclusively the only international place to stock this. You could also head on over to their store in Japan but… well, online shopping is easier.

This product retails affordably for USD$17.05. 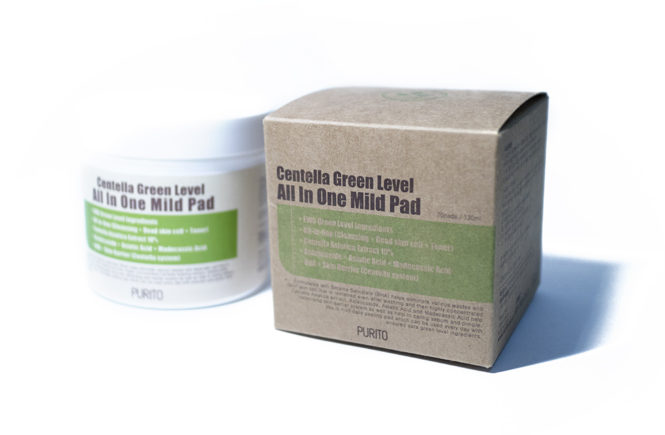 Review: Centella Green Level All in One Mild Pad (Purito)