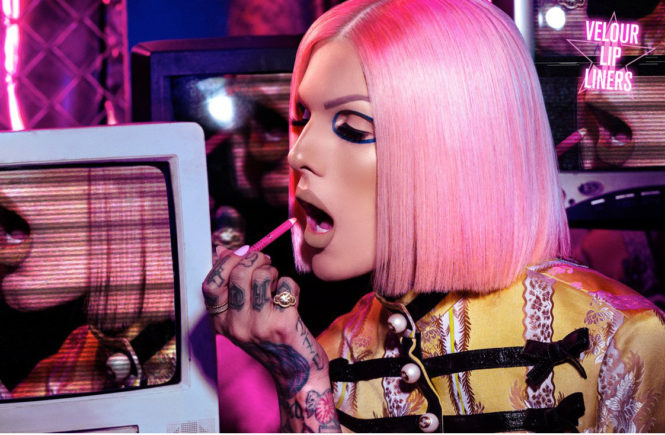 Talk about the new Jeffree Star Velour Lip Liners (and the new Supreme Frosts) had been buzzing around for quite a while and just a few days ago, he made the official announcement of the launch! These products are an exciting new addition to his range and will be launching tonight – yes, the announcement and the release was insanely close, as is usual.

I haven’t managed to get my hands on them yet (just not important enough for PR /sob sob) but I did get a bunch of promotion photos and also real life product shots from Black Swallow to share! For those who don’t know, Black Swallow is an Australian, Sydney based online store that stocks a lot of different beauty brands, in particular those like Jeffree Star Cosmetics or Juvias Place, which is generally harder to access here.

If you’re keen to shop this collection, head over to the Black Swallow website tonight to put in your orders – the lip liners are in-stock and ready to ship, while the Supreme Frosts are a pre-order item.

The new Velour Lip Liners are available in 17 different shades, all of which match with his existing velour lipsticks. Generally, I’m thinking that he’s chosen some of his more popular shades (like Androgyny), as well as some other more unique shades that would be more difficult to find elsewhere (Breakfast at Tiffany’s and Dirty Money, for example). These lip liners claim to be super creamy and easy to apply, budge-proof and long-wearing. They are also eye safe and so can be also be used as eyeliners or… well, anything that you wish.

The packaging is really on brand for Jeffree and I also like that the caps are colour-coded. I can imagine that a lot of people (including myself) will end up owning a bunch of them. The only downside to this lip liner, which is a personal thing, is that these are not twist ups and will need to be sharpened. Jeffree explained in his announcement video that this is because he had feedback from make up artists that sharpenable pencils are more hygienic and easier to use in a professional context. I do agree with this, but it definitely comes down to the individual. Since I don’t work professionally as a make up artist, I would prefer the convenience of a twist up.

And below I have some photos of each shade – the first are exclusive swatches from Black Swallow, while the others are official promotional photos from Jeffree Star Cosmetics. Black Swallow will be stocking the majority of these shades with the exclusion of Dirty Money, Breakfast at Tiffany’s and Blue Velvet (which are the more niche, blue shades). Prices to be updated!

In addition to the Velour Lip Liners, I’m also really really excited about the release of the Supreme Frosts – I’m a highlighting addict, to be honest, and I can never turn away from a blinding highlighter. That being said, I was a bit confused at first as Jeffree Star is already known for his Skin Frosts but his recent video explained the differences between these two products.

The Supreme Frost is described as a “baked-gel hybrid that has a more intense metallic finish than the original Skin Frost.” From the live swatches that he did, it seems that these have a more intense glittery finish – which, being said, some people will like more than others. These are more expensive than his original highlighters because it uses Korean Glass Pearl, a more premium ingredient that gives the product that high shine shimmer.

At the moment, they are only releasing five shades of this product to ‘test the waters’ and, of course, if people like it then I’m sure that there will be more to come in the future! I’m especially interested in Wet Dream or Hypothermia (which I’m not convinced will work on my skin tone but I’m a sucker for that blue-brown reflect). That being said, if you’re wanting something more subtle, ‘Frozen Peach’ is the more toned-down sister in the family – not powerful enough for me, but still super pretty! 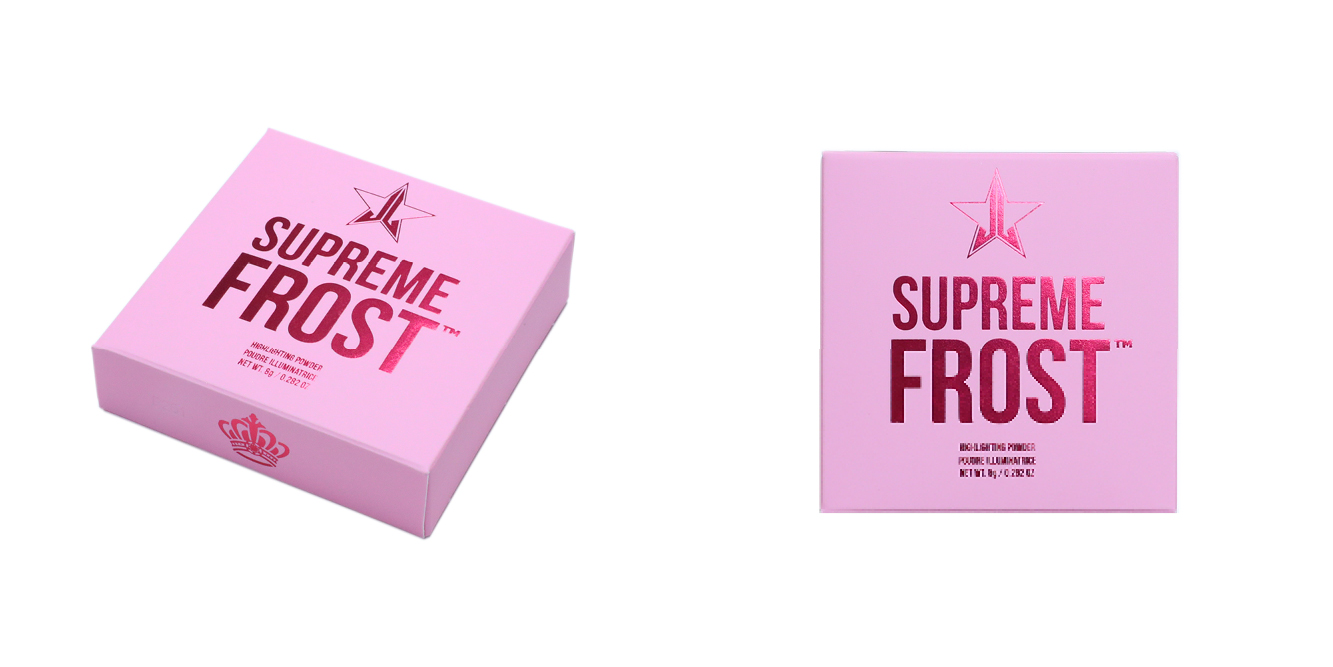 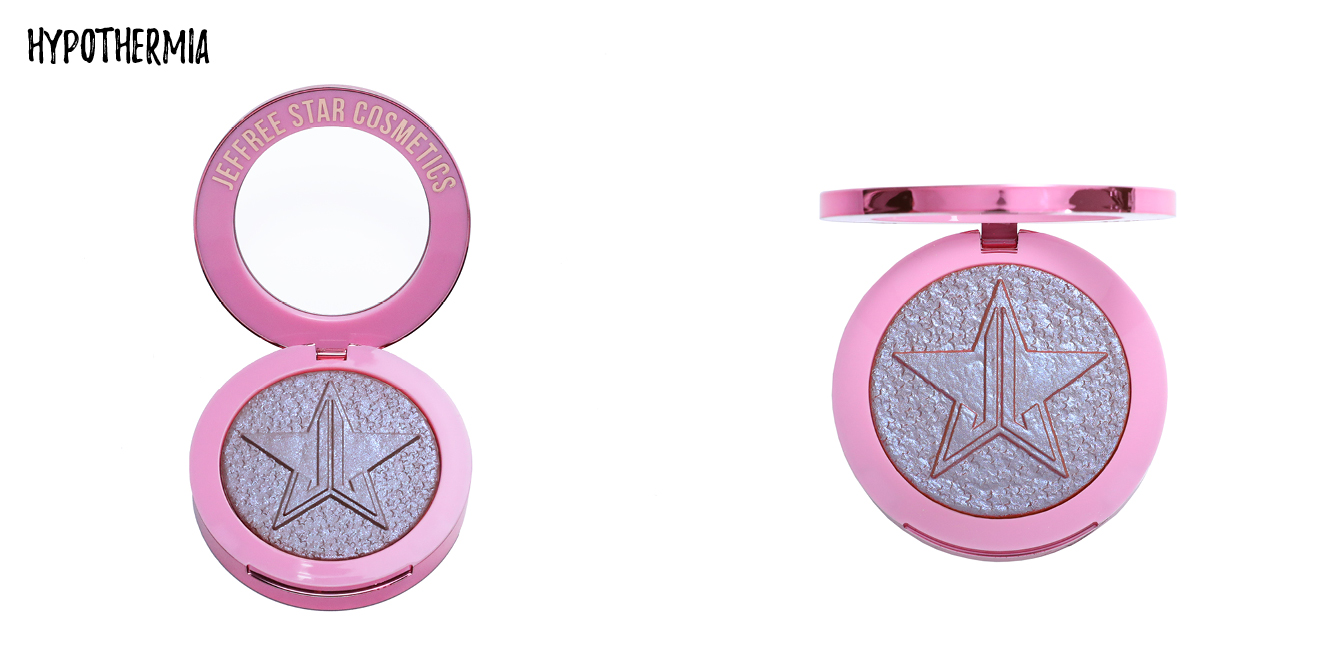 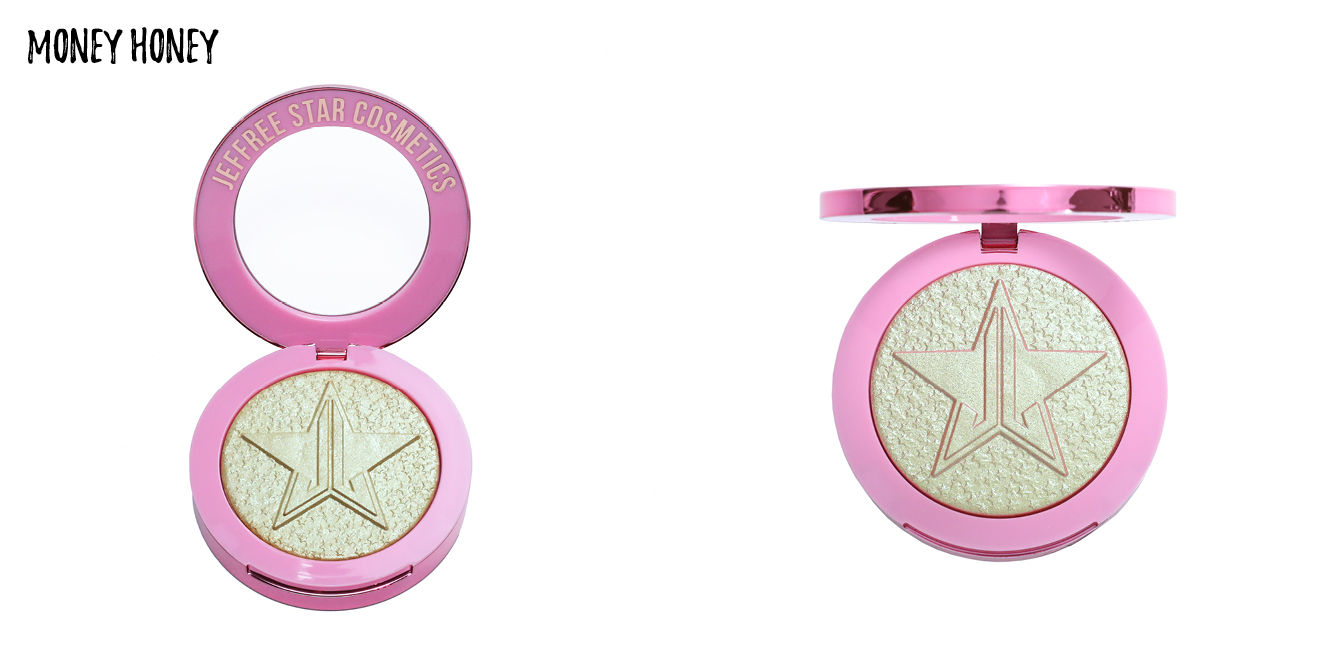 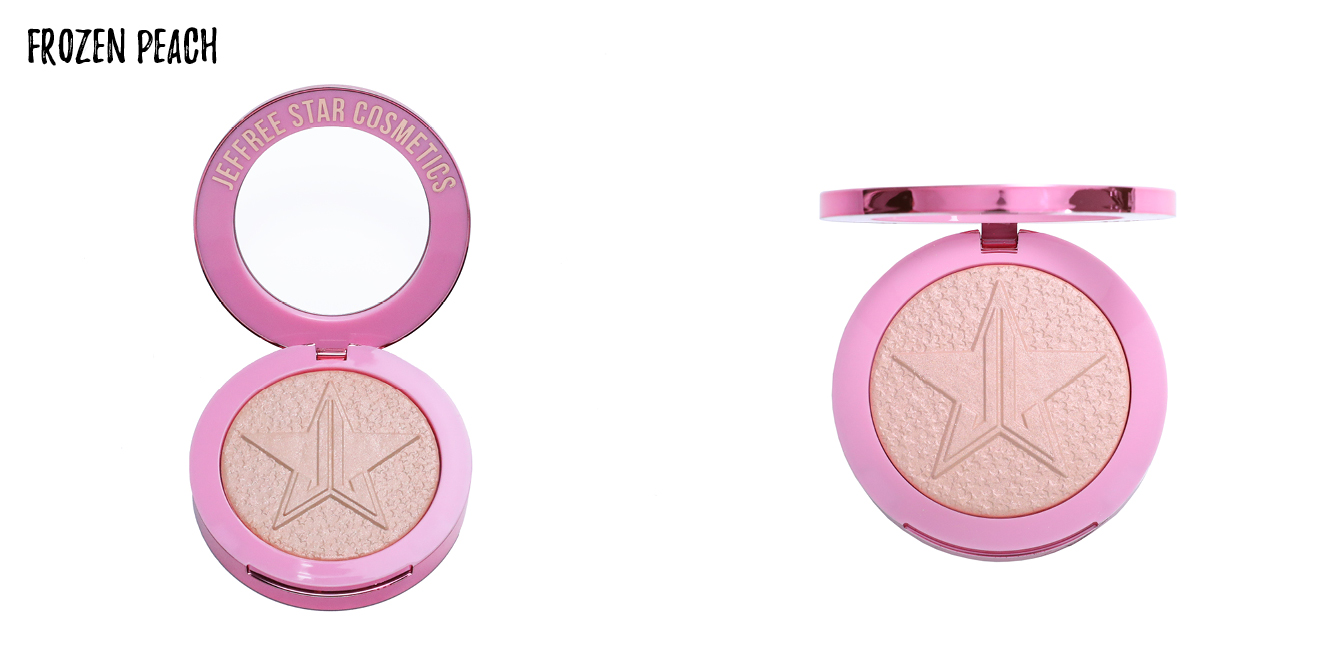 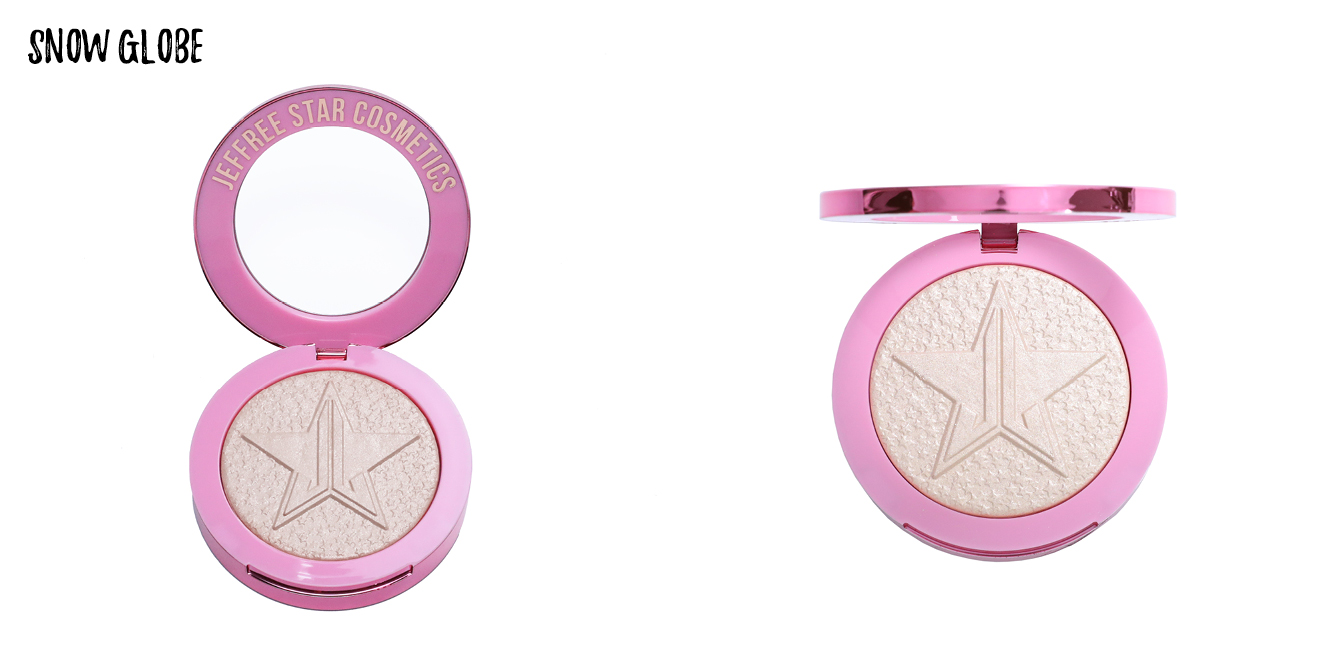 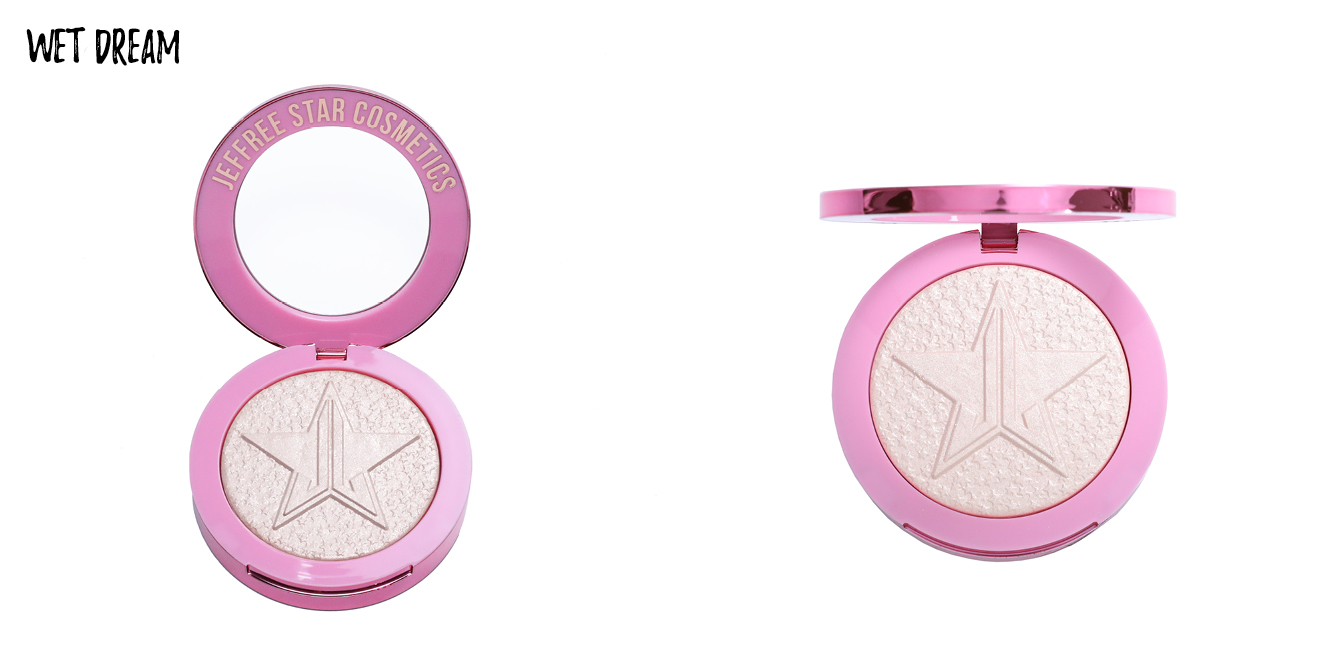 These products will be on pre-order at Black Swallow so I don’t have any photos of the real products as of yet (aside from these official promotional shots) but I will be updating this post as I get them! If you’re keen to get your hands on both the highlighters and the liners, do keep in mind that Black Swallow is unable to do split shipping – so I would highly recommend doing two seperate orders or you’ll have to wait a long time (/sad face)

And that’s it for this post everyone! Are you keen on these new releases? Honestly, I think that Jeffree Star Cosmetics has been killing it lately and I’m excited to see him continue to push his brand and release some new products (not just expansions on his existing lines). I also love that he’s so transparent about his cosmetics line, going through things in such detail in his videos – major respect for that.

Also, a special thank you to Black Swallow for making these photos and information available to be ahead of their launch. I hope this helps and I will definitely be updating this post with prices tomorrow! 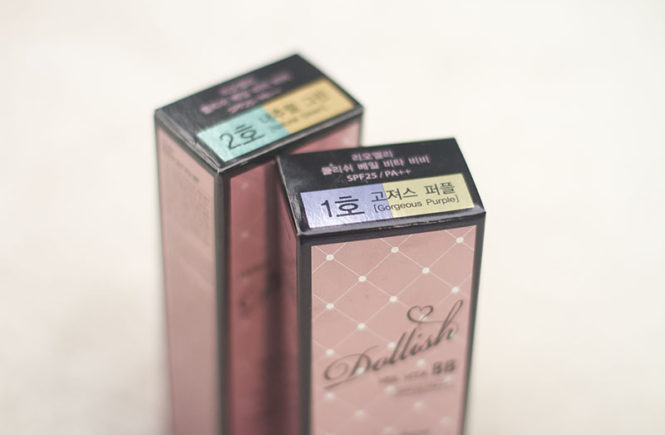 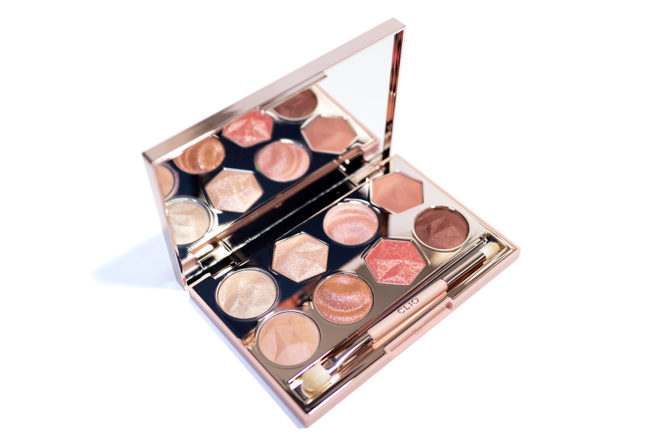 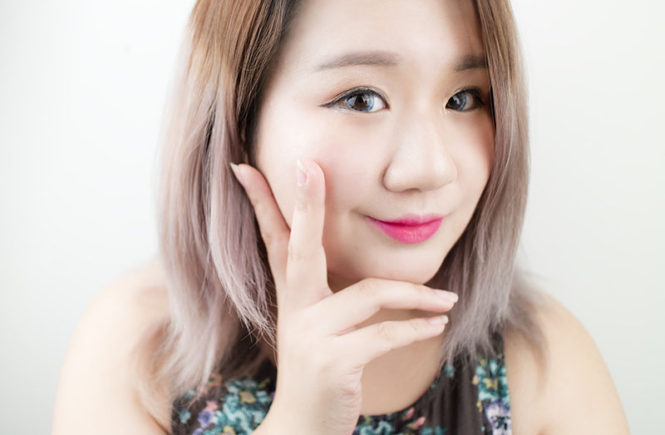