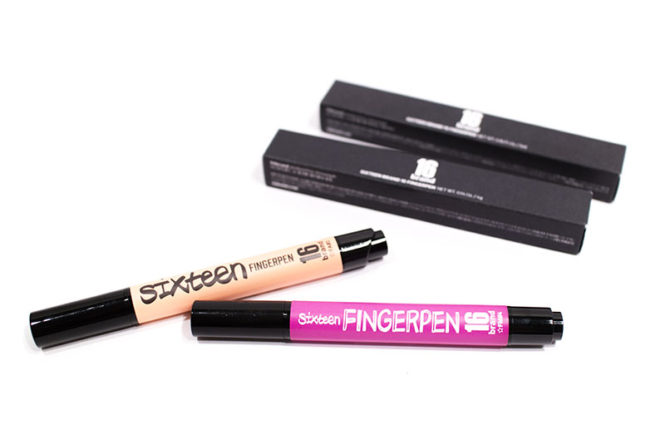 This product was sent to me by StyleKorean for review purposes. I was not paid for this post but please note that affiliate links are used on my blog. These go towards supporting Oh My Stellar and future content.

This is actually going to be my second time reviewing these Fingerpens (and you can find my first post here) but there is actually such a range and so many different uses for these multi purpose pens that the product is actually really different. In the past, I have tested and written about their contour/highlight pens but, for this one, I’ll be trying out two of their Eyes/Lips/Cheek pens – one in a matte consistency (which is what I assume M stands for) and one in a aqua consistency (which is their hydrating formula). Both of these are actually multi-purpose products and can be used for eyes, lips, cheeks.

These pens are from 16Brand; a new, trendy cosmetic brand that was started by make up artist Cho Sung Ah that is a little bit reminiscent of the poppy style of her main brand ChoSungAh22 and a little bit 3CE (which we all know that I love the branding of). At the moment, these are on sale for USD$11.77 on the StyleKorean website (discounted from the full price of USD$13.08) so I think it’s a pretty decent price point – not exactly cheap, but it’s not too pricey either. Once you get hooked on them, there is a tendency to want to collect them all; so fair warning! 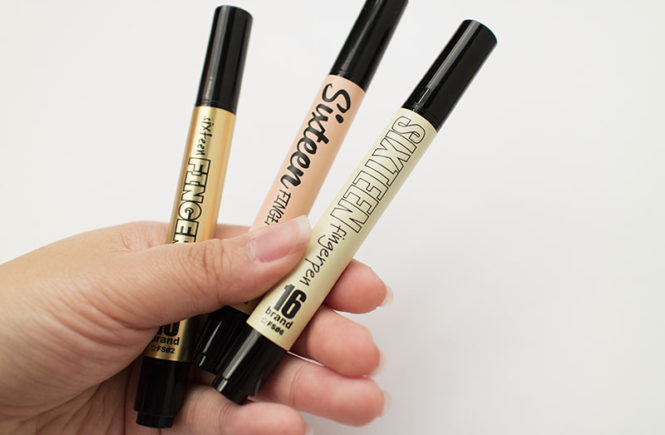 These Fingerpens were everywhere in Korea but, annoyingly enough, the shading colour that I wanted was sold out everywhere that I went. I was actually worried that I would only be able to buy the highlighter and not the other shades. I ended up buying these from two or maybe even three different Watsons stores in both Seoul and Jeonju – that’s how desperate I was. I went in knowing that I wanted to buy them though because I saw the brand’s launch on Instagram and these products looked amazing. 16Brand is launched by one of Korea’s top make up artists, Jo Sung Ah, who is also the genius behind LUNA and ChoSungAh22. The brand is the sister brand on the latter, so you can understand why I was on board so quickly.

She has a thing for quirky, trendy make up products that both look amazing and are good for the skin. I wasn’t at all surprised by the launch of these Fingerpens, which are interesting multi-purpose products that have a creamy and hydrating formula. There is a really wide range of colours but I chose to get just the shading, highlight and a shimmer for now. In retrospect, I kind of wish that I got more of these but I was at first unsure of how the pinks would blend as blushes. I am also not very comfortable using a face product on my lips, as I feel it won’t have the same functionalities that are needed. Regardless, they were all really pretty and these products blend like a dream, so would have been a great, versatile product to have in my collection. 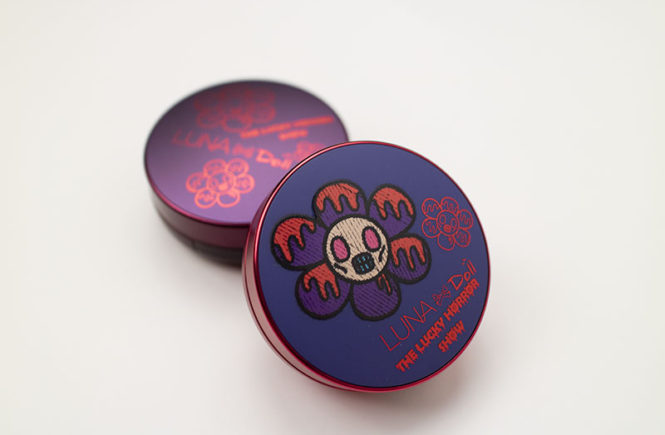