This product was gifted to me as an event competition prize. I was not paid for this review and affiliate links are not used in this post.

How often do you sheet mask? I have a massive collection of them but I’m usually pretty lazy with it. Lately though, I’ve been trying to work through my stash before it all expires so I’ve been masking almost every night. It gives me the opportunity to just close my eyes and chill for a moment, which is pretty important for me and my high anxiety personality.

One of the masks that I’ve been really enjoying is the Premium Moisturising Ampoule Mask from APLB, which comes in a set of five. You can get it in three different colour variations (Blue, Yellow and Pink) which are all targeted for different skin concerns.

This is actually my last APLB review (for now) out of the package that StyleStory had sent to me. In general, I have had mixed opinions with this brand – although they are all good, their formulas are generally targeted for sensitive skin so some were too gentle for me. My personal favourite would be their Blackout Perfect Cleansing Oil (which I also wrote about here) and these sheet masks would fall a close second!

If you’d like to check this out, this is available on StyleStory for AUD$29.95 or is currently on sale for AUD$24.95! Before you jump onto their website though, let’s kick into this review. 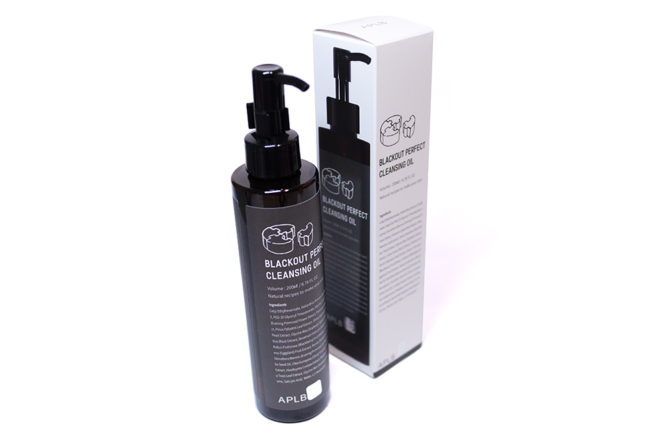 This product was gifted to me as an event competition prize. I was not paid for this review and affiliate links are not used in this post.

I used to be really bad with cleansing but I have been rather religious with it since I got into k-beauty (thank goodness). I usually shift between cleansing balms or cleansing oils, mostly just dependent on what I’m testing out at the time; I don’t really have a formula preference but I do want something that is super effective on waterproof make up and also quick to use in the shower.

Lately, I’ve been using the Blackout Perfect Cleansing Oil from APLB. This was one of the products that StyleStory had sent for me to review and – seriously – it’s so good! I have been using this every day since receiving it and I think this has set a new standard for cleansing oils for me. Previously, I’ve enjoyed the Banila Co Clean it Zero Balm and Neogen Real Cica Micellar Cleansing Oil but even they pale (if only just a little) in comparison.

The Blackout Perfect Cleansing Oil is available on the StyleStory website for AUD$32.95 and, of course, they do free shipping for all Australian orders over AUD$60 too. Pop onto their website to check this out (I highly recommend it) but, before you do…

Let’s get into this review! 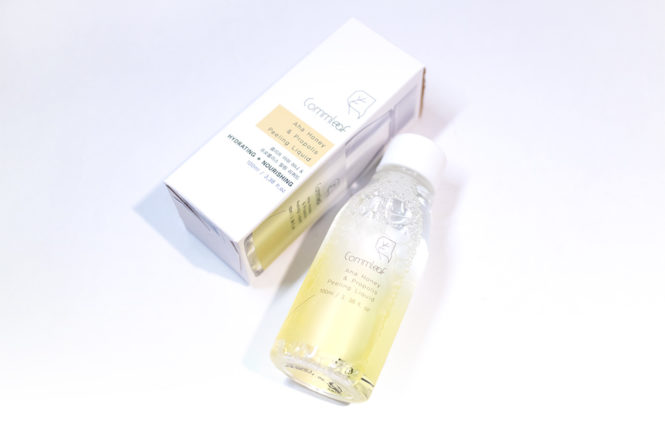 I’ve been testing another Commleaf product and this time it’s their AHA Honey & Propolis Peeling Liquid, a chemical exfoliant that claims to dissolve dead skin cells and also improve the efficacy of your skincare. I left this one to last to test out because I do tend to use a lot of actives in my skincare and I wanted to make sure that the rest of my routine as fairly simple when I used this.

In general, my skin condition has been pretty good lately – all of those break outs I had before have died down (even during my time of the month), there’s a nice hydrated brightness to my complexion and it’s also been feeling pretty strong!

This is probably a good thing too because I was a genius and went into trying out this Peeling Liquid before reading the instructions… so instead of getting my skin used to the product by using it twice a week, I jumped head first into using it every night! Thankfully, my overall results have been pretty good.

I received this to review from StyleStory so jump onto their website if you want to grab a bottle too, or check out any of their Commleaf offerings – the AHA Honey & Propolis Peeling Liquid is currently selling for AUD$29.95 on their website with free shipping in Australia on all orders over AUD$80.

So, without any more rambling, let’s get into it!

Vegan and cruelty free beauty has been a massive movement in the western beauty industry but – to be honest – we are still a fair while away in the k-beauty world. Aside from animal testing still being legally required in some countries (i.e. China, who is a massive market for Asian beauty) there are also a lot of famous and more traditional ingredients that are animal derived. It’s difficult to change an industry that has built itself on that knowledge and expertise so, to be honest, I feel like it will be a long time yet for k-beauty to be dedicatedly cruelty free.

However, there have been a number of new indie k-beauty brands that have really dedicated themselves to leading this movement – and they have been exceptionally great! One brand that I recently had the chance to test out is The Vegan Glow! They are 100% vegan and cruelty free, as well as being strictly formulated with EWG green products to ensure safe formulations that are suitable for even sensitive skin types.

They are currently in stock at StyleStory and have two essential products – the Good Morning Cream and the Good Night Cream. For this review, I had the opportunity to test out their Good Morning Cream and I have to say that I am very happy with this product! It does everything that I need it to do and also works amazingly underneath make up too (which is my number one concern when it comes to my morning routine). This is currently retailing for AUD$39.95 on StyleStory so jump on!

Before you do that though, let’s get into this review! 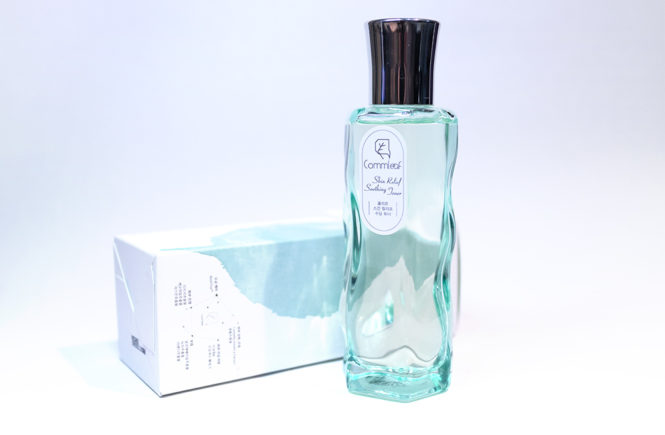 If you use Instagram at all then you will definitely know Commleaf. They are a natural, cruelty-free k-beauty brand that has been making waves on social media for their super aesthetic glass packaging and (of course) the beautiful quality of their products. StyleStory has recently become the brand’s official Australian partner and so have newly added this incredible range to their website.

Since I have personally not tried Commleaf before (but have been frothing over photos for so long) they sent me over a couple of new additions to their store – including two products from this brand! I am still in the process of testing it all, since I am really taking my time to get a thorough review of things lately, but I wanted to start off my Commleaf journey with their Skin Relief Soothing Toner.

This is a very highly rated product on the StyleStory website and is currently retailing for AUD$63.95 – which is pretty expensive for a k-beauty brand! However, they are an indie brand with some amazing packaging design as a safe, cruelty free formula so if this price tag is something that fits within your budget – read on! 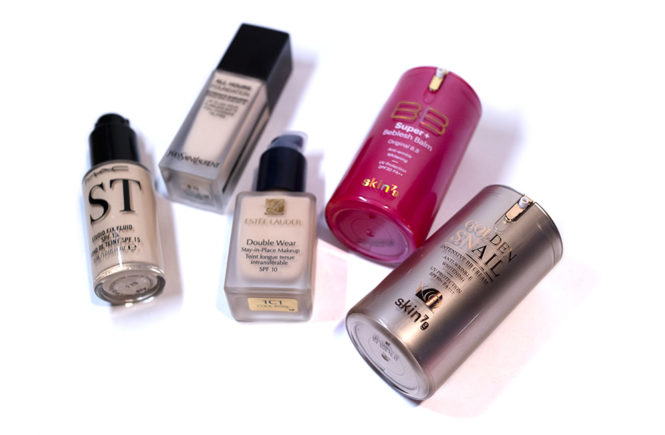 This product was sent to me for review purposes. I was not paid for this post and affiliate links are not used in this post.

When I first became interested in k-beauty, I swore by BB cream – I wasn’t fully sure how different it was, because I was around fifteen at the time and had only ever used one cakey pot of mousse foundation, but there were all of these promises about how it improves your skin and how it’s so far superior. The popularity of the product really skyrocketed a few years later when kpop started to spread internationally and everyone was trying to get that flawless idol complexion – “Slather on the BB cream,” people used to tell me.

It’s been years since then and, as I’ve mentioned a lot, I actually started to use foundation a lot more than BB cream. This is primarily because I’ve been more focused on the cosmetic side of things and I wanted something that has a specific finish (lightweight and matte) that was more difficult to find in a BB cream. Because of this, I’ve become very familiar with both of the products – foundation, BB cream and even CC cream (which we’ll discuss at another point).

With the relaunch of the original, holy grail Skin79 BB Creams at StyleStory, I really wanted to delve back into this world and once again share with people the glory of BB creams and why the product became so popular to begin with. I realised that a lot of people still don’t really know what the difference between them is, aside from one claiming to be better, so it really raises the question – Which should I use? Which is better for my skin type?

So, today’s post is going to be a little bit different! I’ll be chatting to you guys about the Skin79 BB Creams (which StyleStory generously sent over to me to help out with this post) but, rather than a review, I’ll be explaining the differences between it and a traditional foundation. And – let’s start!

These products were provided to me by Style Story for my honest review. Affiliate links are not used in this post.

It’d been a while since I tried out some new Korean skincare (as I’ve mostly been sticking with what works to try and re-balance my skin breakouts) but I’ve been using products from Soroci since I had them sent to me and, finally, I feel like I’m ready to write this post! I’ll be doing a quick review on all three of these new releases but, since they are also a relatively new indie brand, I wanted to write this as an introduction.

This brand launched at Style Story earlier this year and they sent the products to me a few weeks ago to get my impressions and honest opinion. As I was testing these products, I worked them into my current skincare routine (which is highly simplified because of my use of acids) and also used them according to the recommendations.

Essentially, I used their toner daily, and then either cream depending on the time of the day and my skin needs. Most of my skincare routine had been replaced with Soroci these past weeks and, while they don’t have dramatic results, I find that their products are really nice and gentle. They also combined well with my acids (mostly the Alpha-H Liquid Gold), which is definitely a plus.