Feature: 10 Gorgeous Make Up Products for Your Vanity 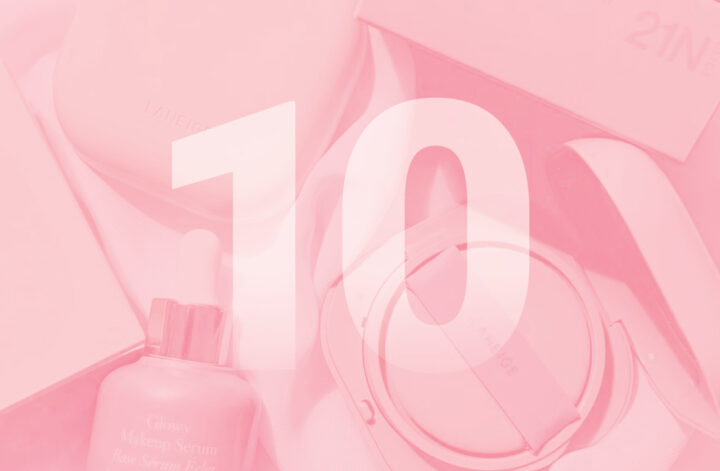 Please note that referral and/or affiliate links are used in this post.

The beauty industry moves fast and there are new release products coming out almost every day. With the prominence of social media, it’s also impossible to deny how important packaging is. Whilst the actual formula and product is still the most important, you can’t have a successful product unless you’re nice to look at too! That’s my opinion anyway.

In this list, I’ll be sharing with you some gorgeous packaging and also why I love them (from both a designer and consumer perspective). Consider this a gift guide or even a shopping guide for when you’re wanting to make your next purchase.

As reference, I love packaging design that is unique, speaks well to the brand identity but is also practical and highly functional. So, don’t expect me to be listing pizza shapes eyeshadow palettes or chunky, cat paw lipsticks though – no one has the time (or vanity space) for that!

To be frank, eyeshadow palettes are my personal weakness. I buy so many of them that I’ve become somewhat of a collector but that isn’t practical for the every day makeup user. The fact is that we have so many options now that I can be very difficult to navigate, so today I’ll be recommending some of the best eyeshadow palettes – in my humble opinion anyway.

I will be recommending palettes based on quality, versatility and ease of use – so read on! 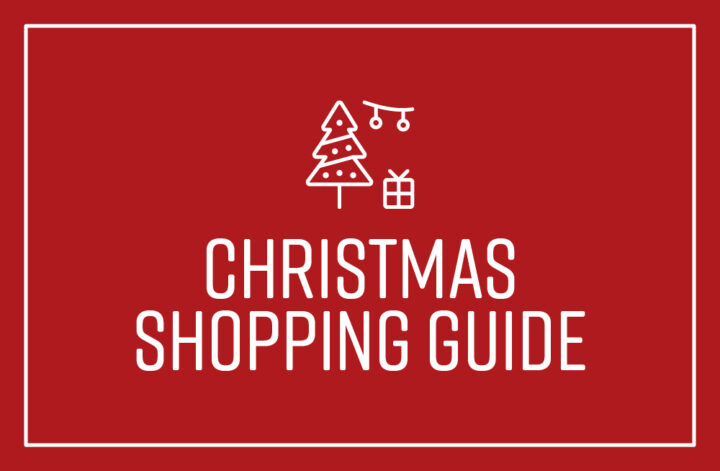 It’s that time of the year again – holiday releases are coming. I’ve been keeping an eye on some of these launches and, while some brands have slacked off a little in 2020 (understandable given how the pandemic has impacted everything), there are still a lot of great ones! From celebratory eyeshadow palettes to brilliant skincare sets – there’s so much to choose from.

It would be exhaustive to include absolutely everything, so this article mostly features things that I’m personally interested in trying or think would be a great gift option. Most, if not all, of these will be beauty related and available either in Australian stockists or online – all information which you will find here, of course.

Please note that this list is also being updated as new announcements are made so let me know if there’s a brand or release you think I should add in!

Use ShopBack to get extra cashback on your order or Honey to earn points towards gift cards and quicky scan for discount codes. 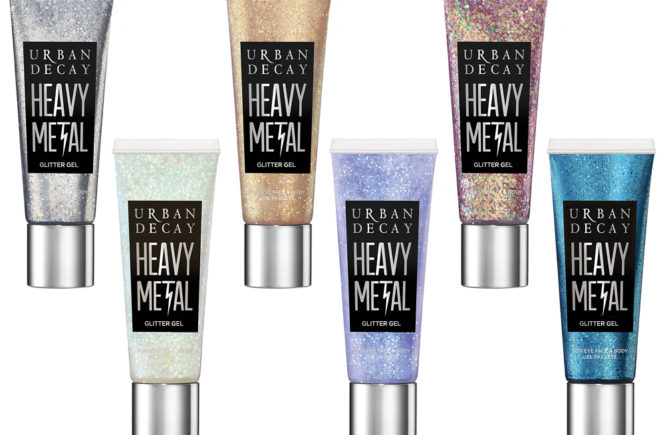 This is going to be a quick one, but I really wanted to talk about the new Urban Decay release – in particular, the Heavy Metal Glitter Gels. I had previously tested this out at Meccaland (on my face) and also recently got a sample pot to test it out on my eyes and the formula of this has honestly exceeded all expectations that I have of a glitter gel!

When I recently went to Meccaland though (the beauty festival hosted by Mecca here in Australia), I finally had the excuse to smear this all over my cheekbones! I fell so in love with it that I just had to then try it on my eyes and I have to say that this formula is a step above all typical 90s glitter gels – seriously. 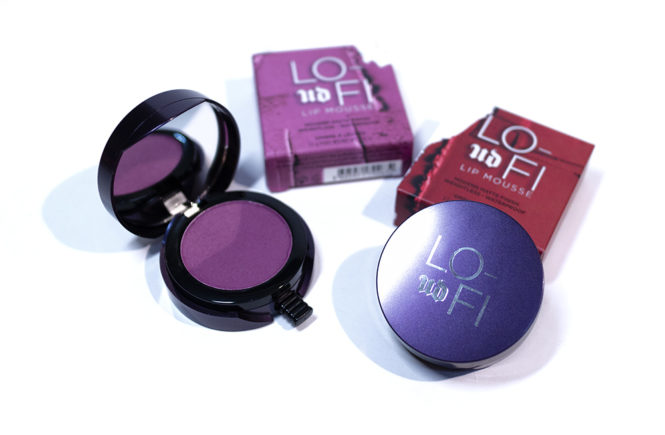 This product was sent to me by Mecca Maxima for review purposes. I was not paid for this post and affiliate links are not used in this post.

There are very few lip products now that are really innovative – lipsticks and lip glosses are reformulated and improved all the time, of course, but they generally will keep the same sort of format. There was a product that launched last year and caused a bit of a stir, mostly because it was so unlike everything else in the market that people didn’t really know what to expect.

This is the Urban Decay Lo-Fi Lip Mousse, which (I believe) was released around September last year. It is an entirely new formula for the brand and is currently available in eight shades; the range isn’t massive but, since it’s new, I assume that they were testing the waters.

Some people really liked this, while others were on the fence, so I think it really comes down to personal preference. It is less about the formula, which is generally well liked, but rather the format of delivery in a pan compact. I think that it will really come down to how you prefer to apply your lips but I’ll get more into that later.

The entire range of the Lo-Fi Lip Mousse is now available at Mecca Maxima for AUD$37 each – which means it also qualifies for free shipping! If you’re outside of Australia/New Zealand, then check out the Urban Decay website for stockist information. So, let’s get into the review!

This product was gifted to me by Mecca Maxima. I was not paid for this post and affiliate links are not used.

2018 was definitely the year of eyeshadow palettes because there were so many great releases – and I also bought way more than an average person really needs. Amongst them, there were also a handful of products that I was graciously gifted by Mecca Maxima – just to try out really. Although this following palette was not right at the top of my ‘best palettes’ list (which I should write soon), it was a close runner up!

This is the Urban Decay Backtalk Palette, a travel friendly palette inspired by the popularity of the Backtalk shade from their Vice Lipsticks range (described as a mauve-nude pink). It includes a series of eyeshadow shades, all in berry and rose-mauve shades and also four cheek shades (two blushers and two highlighters) on the other side. This is actually very different to what Urban Decay has done in the past and, although I was initially unsure about the packaging design, I’ve come to really love this.

The Backtalk Palette was released as a limited-edition product to Mecca Maxima and, as such, it’s no longer available. However, it is a permanent product in the Urban Decay collection and is still available on their website – so I have my tail crossed that it will come back! Otherwise, feel free to check out the rest of the Urban Decay products available (I would especially recommend their Born to Run palette which is one of my top picks of the year).

So, let’s get into this review! 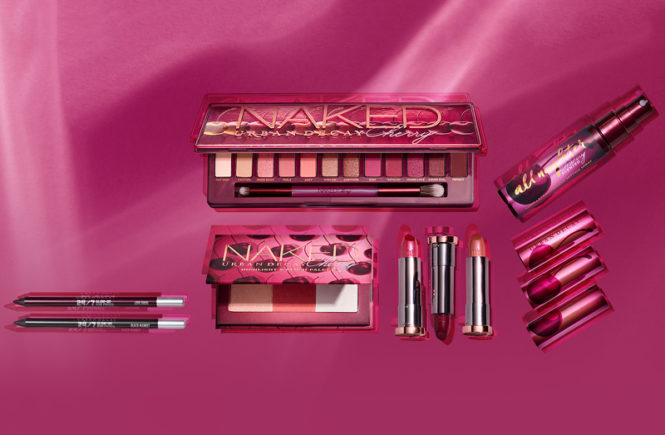 Note: Links to be updated on release. The highlighter palette pictured above is a US exclusive and will not be available in Australia.

Excited? I’m excited because while other people (mostly in the US) have been lucky enough to get their hands on the new Urban Decay collection already, us Australians have been waiting eagerly for this release. Following the news that they were discontinuing the original (and game changing) Naked palette, photos of this new palette started to make the rounds online before being officially announced.

This is the new Urban Decay Naked Cherry Collection and this will be launched at Mecca Maxima on 16th October! I’ve already got my eyes on the eyeshadow palette and, looking at all of these product photos, I’m super keen on the liner and lipsticks too!

So, read on for more photos and product information – and get your PayPal ready!

A few weeks ago, I received an invitation to a Beauty Boot Camp, held by Mecca Maxima and Urban Decay! This is one of the first official PR events that I’ve been invited to and, when I got the invite, I was so excited that I may have squeaked a little – I was also kind of convinced that I got the invite by accident (and I am still convinced about this) so I was pretty nervous in the weeks leading up. Excited, but also nervous. I wasn’t sure of what to expect and, since I am a fairly keep-to-myself sort of person, I also wasn’t sure that I would know anyone there.

But, I had such a great time today (yes, I am writing this the very night) and I came out of the event not only more informed about Urban Decay as a brand, but also very inspired by the beauty and content creation talks – aside from Steve K (the global make up artist for UD), we also heard from one of the Mecca social media team members about content creation and curation for Instagram and a YouTube team member about creating a successful channel and engaging videos. Unfortunately, I didn’t get any photos of the latter too (as I was much too busy trying to take in the information), I did make sure to document the wonderful event and get a few photos of Steve!

So, keep reading for some information on the Urban Decay brand, what they mean to me and some photos of the day! 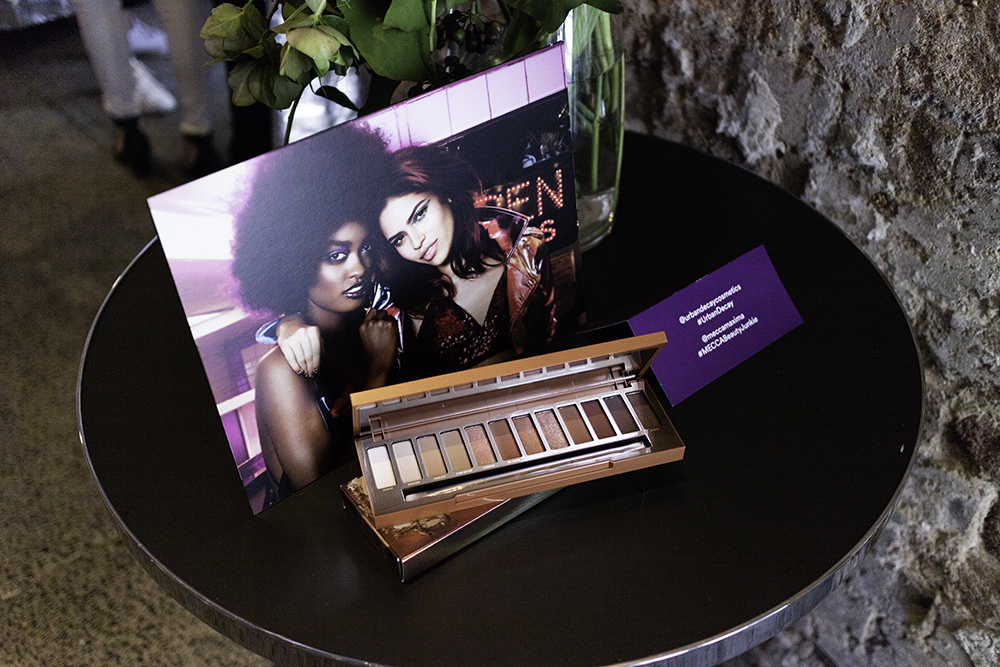 I am a sucker for Urban Decay and I have been for so many years, ever since I got the Naked2 palette (one of my first higher end palettes every). Personally, I love their brand image – strong, bold and daring – and I am, of course, also a big fan of their new model Ruby Rose and so I’ve basically fawned over every release. This is a palette that isn’t yet available in Australia but will be selling at Mecca from the 26th of December (or so I’ve been told), otherwise you can also get them online.

This is their Heavy Metals palette and it is a limited edition release for the holidays. It is absolutely my favourite release this holiday and, if you were only to buy one product, I would highly recommend to check this out. It is an all metallic palette and actually conceptually reminds me a little of the Moondust palette – only these work really well without a wet brush too and there is much less fall out and glitter. The idea of this palette is that it has some bold, party shades but also neutrals that are suitable for every day wear. A lot of people tend to keep metallics and shimmers only for special occasions, but this palette plays on the idea that ‘heavy metal’ colours are for every one and every day.

So, let’s finish with me talking about this and go right into the palette!

Do you want movies or YouTube while you’re doing

When’s the last time you hair masked? 🌼 My h

What did you get up to this weekend? ✨ I got to

Whats your favourite nail colour? ✨ I was recen

Who’s your favourite superhero? 🤔 I finally

Do you use chemical or physical exfoliants? ✨ I

Do you have a go-to lipstick? 💋 Personally, I

Have you tried out the new @glasshousefragrances E

Do you have a favourite @innisfreeaustralia produc